Competitive or Commoditized – Which Will You Choose? 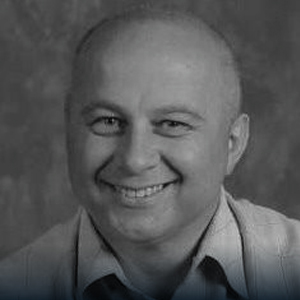 Indeed, the telecommunications industry is itself being disrupted in uncomfortable ways.  We all feel it.

The word disruption gets thrown about very casually these days.

In the years to come, it is how we react to this disruption that will determine the fate of individual providers and the industry as a whole.

With so much attention to the on-going wave of investment in next-generation networks, it’s important to examine the motivation behind it.  Software Defined Networks, Virtualization, Edge Computing, and Automation have become the new vocabulary, but these are simply technology reactions to the disruption.

While there is much confidence digitalization and advanced networks will enable substantial innovation and new revenue opportunities, the path from today to that rose-tinted future is far less optimistic.

Service Providers are already being marginalized

The World Economic Forum (WEF) estimates globally, CSPs’ share of profits in the digital value chain dropped from 58% in 2010 to 45% in 2018.  Accenture estimates that, globally, service provider ARPU has declined 12-36% since 2012.  Apple, Google, Amazon, Netflix, Samsung… all have flourished, partly at the expense of the service providers who carry the traffic. 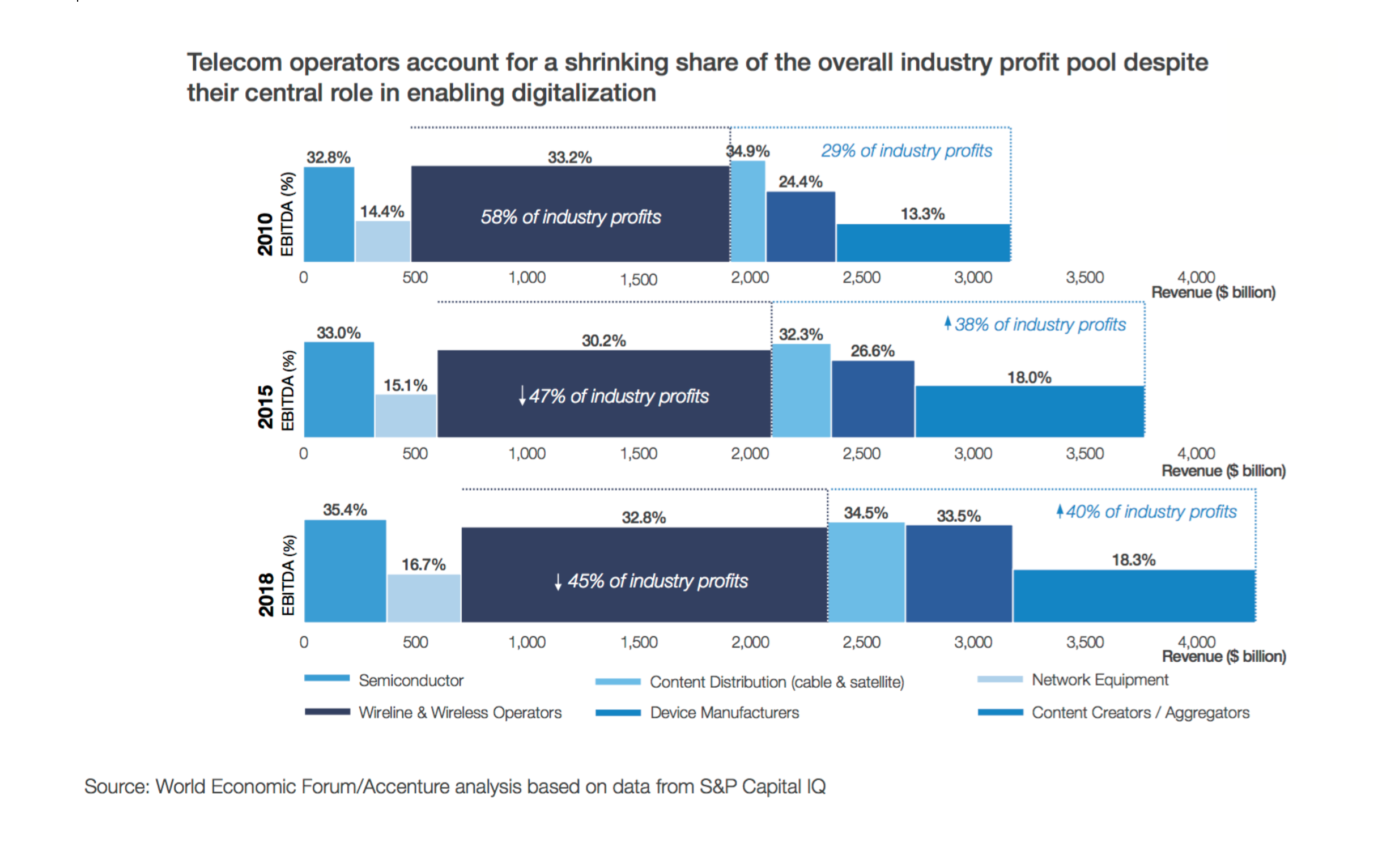 For an illustration of an industry in disruption, look no further than Pay TV.  The Over-The-Top (OTT) phenomenon is not new, rather, it has become structural.  In the past decade, OTT has had a damaging impact on CSP profitability.  Consumers increasingly value only what they want, and not how they get it.

To combat this trend, some CSPs have embarked on mega-mergers, acquiring media companies as a natural hedge against rising content costs.  Affordable only to the largest service providers, even this strategy is proving risky. Consumer behaviour is changing more quickly than even media companies can adapt.  The smaller ‘have not’ CSPs are packaging skinnier offers, less reliant on the empty calories that Pay TV offers.  Once dominant live sports networks are seeing double-digit declines in viewership.  It is now commonplace to hear cable industry executives speak of how little value Pay TV has to their business moving forward.  This was once heresy.

If you build it, will they come?

Given the eye-watering investments in digital transformation along with advanced fibre and cellular infrastructure, it’s easy to imagine that CSPs have a firm grip on their monetization strategies.  However, walking the halls at Mobile World Congress or TM Forum, you hear whispers that reveal a growing concern-  what is the business case for all this investment?

Amid the declining profit participation of CSPs, it is estimated that >$2 trillion in global network investments (WEF/Accenture) must be spent over the next decade in order to keep pace with demand.  So how will we afford this?

Predictably, CSPs have focused significant effort in the ‘cloudification’ of the business.  Technologies like SDN and NFV are widely regarded as a means to level the playing field with cloud companies.  Despite the attention and focus this has received since the seminal ETSI NFV Whitepaper in 2012, the promise of SDN/NFV has not been realized in a wide-scale way.  Open-source foundations have emerged and merged.  Standards have evolved.  But when I ask telecom managers, the automated network is still always “5 years away”.

While much attention has been focused on the future operating architecture (such as ONAP and OpenMANO), agonizingly little has been done to build a bridge to that destination.

Today’s systems and processes have been built-up over decades to support a highly-resilient five-9’s service model.  For managers tasked with delivering efficiencies and growing revenues today rather than tomorrow, digital transformation feels like a destination tantalizingly out of reach.

Back to Basics - CSPs need to focus on people

Despite these challenges, service providers are not devoid of opportunity, they just need to rediscover what made them strong in the first place… people.

First, CSPs hold an enviable position in the digital value chain, which is direct customer relationships.  Whereas the cloud players monetize eyeballs in a quasi-anonymous fashion, service providers have more intimate interactions with customers.  They maintain a presence in nearly every neighbourhood they serve and engage directly with customers in a very personalized way.  Your automation agenda must help you differentiate yourself in the quality of customer interaction, and in adapting to your customers’ changing preferences in how they wish to be engaged.

Second, CSPs have built incredibly resilient operations on the shoulders of knowledge workers who have mastered the technical depth needed to address complex networking challenges.  Cloud networking is very complex and dynamic, but too much emphasis is being placed on removing people from the loop.  The smarter investment is in empowering them to achieve more.

"Unless you believe the computer will someday become accountable to the business, humans will continue to play the central role in decision making."

Ignoring this reality only slows the automation agenda you are so heavily depending upon.

Want to learn more about how
Mariner can transform your CSP?